To improve road safety during icy conditions, Canada currently applies over 7 million tonnes of road salt each winter (Environment Canada 2012). Road salt (usually NaCl) contains chloride, which is a contaminant that can impair drinking water quality and harm aquatic life. While generally benign at low concentrations, it is considered toxic to aquatic organisms when concentrations are above 120 mg/L for extended periods of time (CCME 2012). Despite its known toxicity, road salt application has increased since its initial use in the 1940s. Because salt dissolves easily in water, pulses of high salinity in streams and waterbodies near roads can occur during winter and spring run-off events. For example, chloride concentration in Cooksville Creek, Mississauga exceeded 9,000 mg/L following a snowfall event in Dec. 2017 (Credit Valley Conservation Authority). In addition to episodic events, dissolved chloride from roads permeates soils, resulting in long-term increases in chloride concentration in lakes near roads and urban areas (Dugan et al. 2017, Kaushal et. 2018). The extent of this problem is likely to increase with on-going urbanization and road construction.

We have teamed up with other researchers from Canada, USA, and Europe to conduct, arguably the world's largest mesocosm experiment to assess the impact of road salt on plankton communities. During summer 2018, researchers from ~20 field sites applied a salt gradient ranging from ~5 to 1500 mg chloride/L in 20 to 30 mesocosms containing phytoplankton and zooplankton assemblages.  We monitored changes in community structure over 6 weeks. Data analyses are on-going.  Below are photos from some of the participating sites. 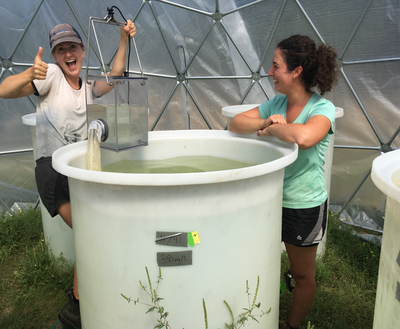 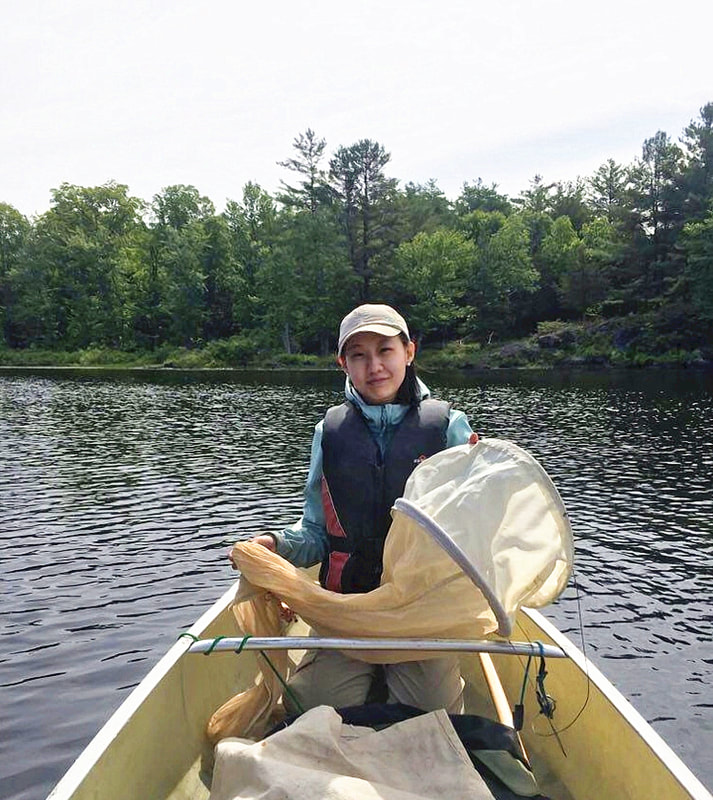 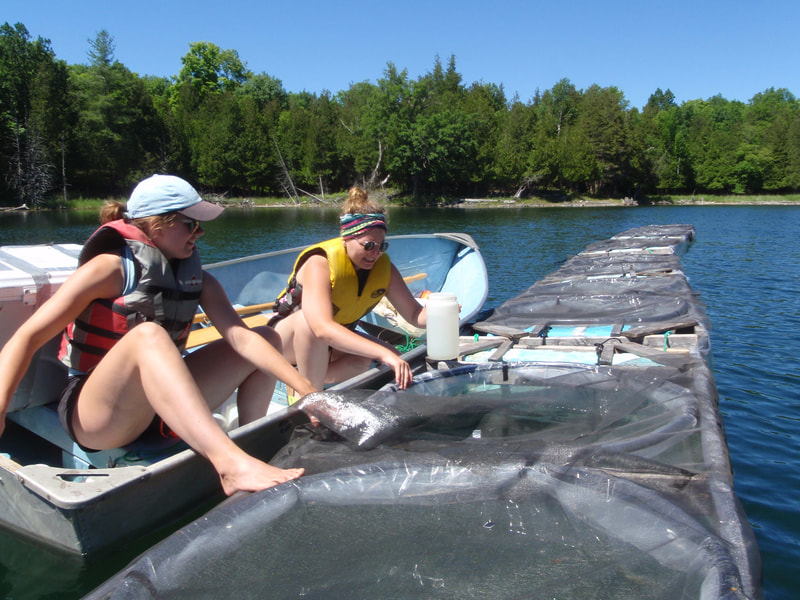